This is a follow up on my AI Threat to Humanity post I did back in 2018. I thought 2023 would be a good time to review where we are at as so much increase in AI capability has taken place. This time, I asked ChatGPT to tell me what the threats would be. I asked a series of questions and compiled them here.

Do you agree with its assessment?

Artificial Intelligence (AI) has been a topic of discussion for decades, with many experts predicting that it will revolutionize the way we live and work. However, as we enter into 2023, it is becoming increasingly clear that AI also poses a significant threat to humanity. In this blog post, we will explore the ways in which AI can be used to do harm and the steps that companies, governments, and individuals can take to combat this threat.

One of the most significant ways in which AI can be used to do harm is through the creation and distribution of deepfake information. Deepfakes are highly realistic digital manipulations of images and videos that can be used to spread false information and propaganda. For example, in 2020, a deepfake video of Mark Zuckerberg was created and shared on social media platforms, in which he appears to be admitting to using Facebook’s data for nefarious purposes. The video was quickly debunked, but it highlights the potential for deepfakes to be used to spread misinformation and sow discord in society.

Another way in which AI can be used to do harm is through the use of bots on social media platforms. Bots can be used to flood the internet with false information, create fake accounts, and manipulate public opinion. For example, in 2016, it was revealed that the Russian government had used bots to spread false information about the US presidential election on social media platforms. The bots were able to reach millions of people and influence the outcome of the election.

Detection and Prevention of AI Threats

To combat the threat of AI, it is essential that we are able to detect and prevent the spread of deepfake information and bots. There are several ways in which this can be done. First, companies and governments can invest in technology that can detect deepfakes and bots. For example, companies like Facebook and Google have developed AI-based systems that can detect deepfakes and remove them from their platforms.

The amount of money that companies and governments are spending on AI and bots is staggering. In 2020, it was estimated that global spending on AI would reach $190 billion, with the majority of that spending coming from the United States. Additionally, governments around the world are investing billions of dollars in AI research and development.

Governments are also spending billions of dollars on AI. Here are a few:

There is a potential threat of corporate espionage using AI and bots. As companies invest more heavily in AI and automation technology, they may become increasingly vulnerable to cyber attacks that target their AI systems and data.

Furthermore, AI-powered bots and malware could also be used to disrupt a company’s operations, causing costly downtime and lost productivity. This can cause significant financial losses and damage to the company’s reputation.

To combat this threat, companies must invest in cybersecurity measures to protect their AI systems and data. This includes implementing firewalls, encryption, and intrusion detection systems, as well as regularly updating their software and conducting penetration testing. Additionally, companies should be aware of their vulnerabilities and be prepared to respond to cyber attacks quickly and effectively.

Companies should also be aware of the laws and regulations regarding cyber espionage and make sure they are in compliance with them. Additionally, it’s important for companies to report any suspicious activity to the relevant authorities to help them track and prevent malicious actors from carrying out cyber espionage.

For example, in 2020, it was reported that a Chinese company had used AI-powered bots to scrape data from a US company’s website. The bots were able to collect data on the company’s products and prices, which the Chinese company then used to underprice the US company in the marketplace.

Additionally, there have been reports of companies using AI and bots to engage in price manipulation on e-commerce platforms. For example, in 2018, it was reported that a company had used bots to purchase large quantities of products from an e-commerce platform, driving up the prices for other buyers.

As we enter into 2023, it is clear that AI poses a significant threat to humanity. The ability to create and distribute deepfake information and the use of bots on social media platforms can have a significant impact on society. To combat this threat, companies, governments, and individuals must invest in technology and education to detect and prevent the spread of deepfake information and bots. Additionally, monetary spending on AI and bots must be closely monitored to ensure that it is used for the betterment of humanity, not its destruction. As a security expert, it is important that we remain vigilant and proactive in addressing the potential dangers of AI. 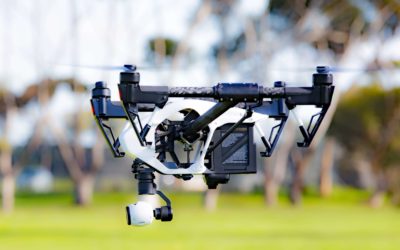 MODULAR DRONE FORM FACTOR EXTENDING DRONE CAPABILITY THROUGH EXPANDABILITY Drones are increasingly becoming normalized in society and people are seeing drones in a much more positive way. Many companies are finding unique ways to deploy drones throughout all... 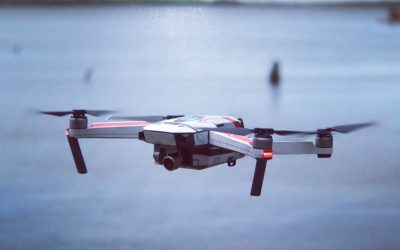 DRONE LASER TAG & OBSTACLE COURSE EXTENDING THE PLATFORM I reached out to all the major #drone manufacturers in the hopes of collaborating on the Drone Laser Tag concept, but as none have replied back, I wanted to open this up to the community. So let me know what...

GAS STATION TO E-STATION THE TYPE OF ENERGY HAS CHANGED, BUT NOT THE NEED FOR IT. Chris Anderson from 3D Robotics asked the question “What is the electric future of gas stations?”, and I want to image what the future holds.  We are not at the place where electric cars...

ADOBE FLASH IS WALKING THE GREEN MILE SO WHAT’S NEXT FOR ADOBE So #AdobeFlash is gone. That took longer than some of us thought. Now the big question of how does Adobe add to the community moving forward is what we all are focusing on. In this post, I am going to take... 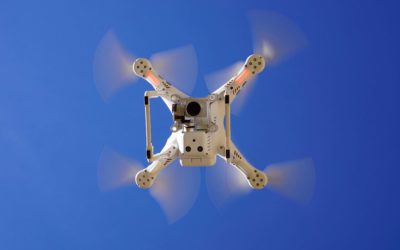 DRONE TERRORISM VIA SUICIDE DRONES WHAT ARE DRONES CAPABLE OF IN THE HANDS OF PEOPLE BENT ON DESTROYING OUR GREAT NATION? Drones can fly autonomously with pre-programmed flight patterns, at low altitude, and under radar until they get to their target. Being equipped...

DRONE FIRST RESPONDERS ALWAYS VIGILANT! Drones can be autonomous, which makes them the perfect always vigilant eye in the sky for safety and protection. Today I want to discuss two areas I don’t see drones being used for, but should. They are advanced wildfire...